MGO stands for Methylglyoxal, the naturally occurring molecule that makes Manuka honey an active honey. MGO is the magic ingredient in Manuka honey – the higher the MGO, the more anti-bacterial the properties of the honey.

In 1981, Dr Peter Molan, who is a professor at the University of Waikato in New Zealand, was researching the peroxide activity in honeys from around the world when he found that when he deliberately destroyed the Hydrogen Peroxide Activity (HPA) in honey that only one honey was still showing strong antibacterial activity. This activity became known as Non Peroxide Antibacterial Activity (NPA). Dr Molan went on to research this activity over many years and found that it was very stable in Manuka honey and could withstand both heat and light exposure and still remain highly active and effective.

There is a chemical compound called Dihydroxyacetone (DHA), which is present in the nectar of Manuka flowers (Leptospermum). Some Manuka plants have more DHA in their nectar than others. When bees feed on the nectar of the Leptospermum containing DHA, they return to their hive and that molecule converts to MGO in the honey – it is this process that gives the honey its antimicrobial and anti-bactericidal properties.

Is it normal for honey to crystallise?

What’s the difference between Australian and NZ Manuka?

New Zealand has one native Manuka plant (Leptospermum) which produces antibacterial, therapeutic Manuka honey, whereas Australian has 87 native varieties – 15 of which produce high, and often higher, antibacterial honey than New Zealand.  This means that Australia has a wider variety of Manuka plants to ensure that Australian Manuka is more robust, more flavourful, and is available for longer periods throughout the year. 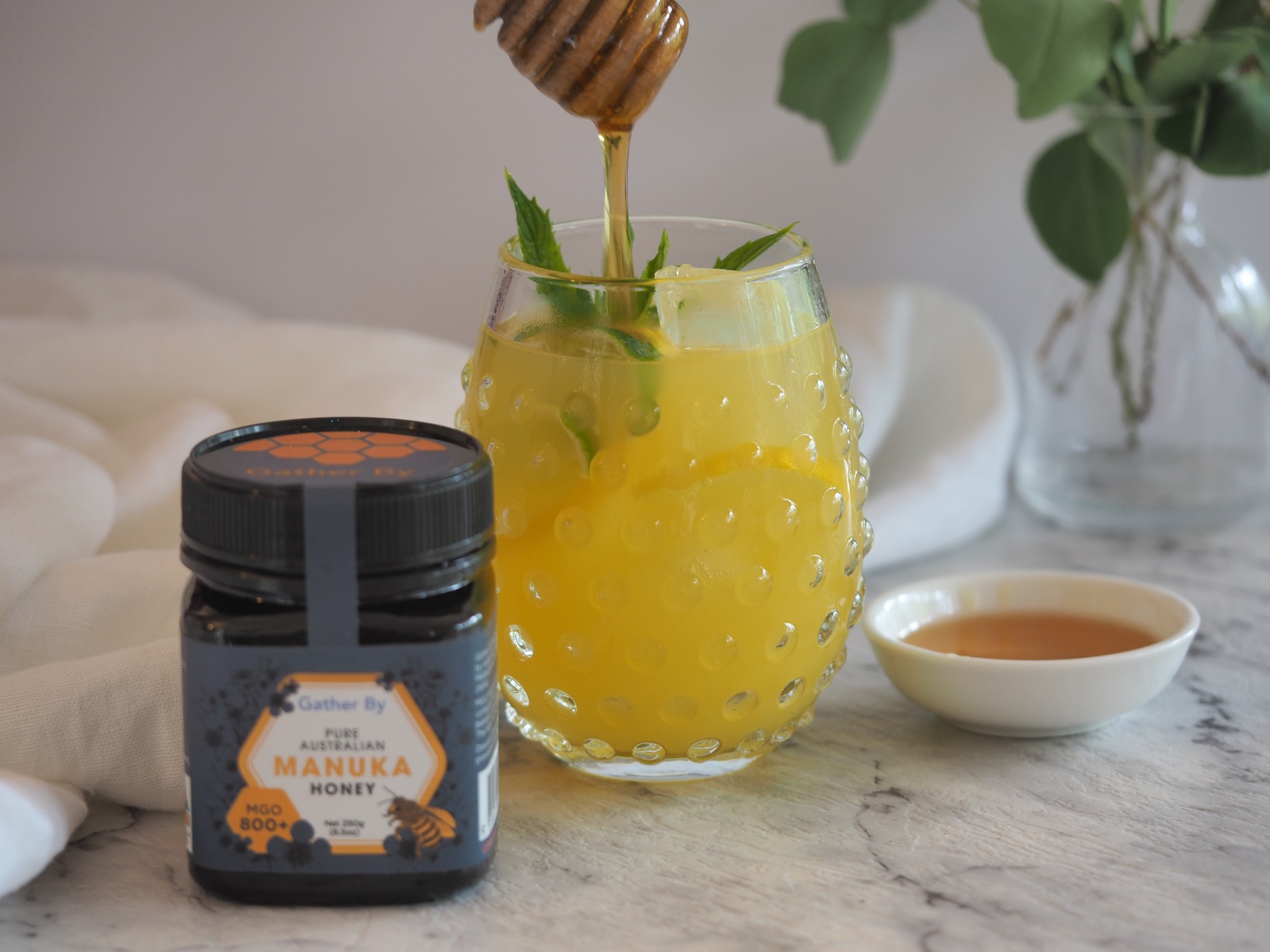 Why is raw, unheated honey better than heated (pasteurised) honey?

Raw honey is only strained before its bottled, which means it retains most of the beneficial nutrients and antioxidants that it naturally contains. Honey that is treated (heated) will undergo a variety of processing, which will remove beneficial nutrients like pollen and reduce its level of antioxidants. Gather By Australian Manuka honey is raw and unheated delivering maximum health benefits to you

What makes Manuka different from other honeys?

Manuka honey's antibacterial properties are what set it apart from traditional honey. Methylglyoxal (MGO) is its active ingredient and is responsible for these antibacterial effects. Additionally, Manuka honey has antiviral, anti-inflammatory and antioxidant benefits. All honey is beneficial to your body but only Manuka honey is considered to be medicinal and therapeutic.

Research has found that not all honeys are created equally. As bees collect different nectar from flowering plants, the honey they create has different properties. Bioactive honey has high levels of Methylglyoxal (MGO) and hydrogen peroxide-based antimicrobial activity, which gives the honey its powerful antibacterial properties. Manuka honey is a therapeutic and medicinal honey derived from Australian selected native and highly active Leptospermum plants. In Australia, this special plant is called ‘Jelly Bush’, or ‘Manuka’, and Australia is fortunate to have many varieties of this Manuka plant here.

Become a member of Gather By

Sign up as a member to get access to more sustainability resources and become a VIP member with 10% off every purchase.